Empowerly’s college counseling service will connect you with professionals who understand the process of applying from Los Angeles better than anyone else. Empowerly is proud to offer:

Our college admission consultants have a combined 700+ years of academic guidance and admissions experience and have read and reviewed over 122,250 college applications.

Get into a top 50 college

On average the Empowerly counseling team spends 25X more time working with a student on college admissions than the average high school counselor.

Empowerly counselors collectively have over 200 years of admissions experience and have held numerous positions in university admissions at schools like Stanford, UChicago, UC Berkeley, UPenn, Yale, Columbia and many more.

In 2021, our students received acceptances to more than 170 different colleges and universities, including all Ivy League Schools, MIT, UChicago, and many more.

Princeton University was founded in 1746 as the College of New Jersey in Elizabeth, NJ, and is the fourth oldest higher education institution in the United States. It also has the distinction of being one of the first nine colonial colleges chartered before the American Revolution. The school moved to Newark in 1747, then to its current location in suburban Princeton, NJ, nine years later. The location for its present campus was chosen to avoid being too close to New York, and become instead centrally located in N.J. However, it wasn't until 1896 that the college officially became a university and was likewise renamed Princeton University. 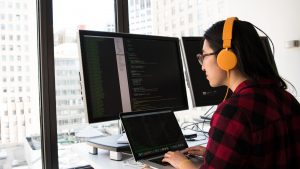 Duke University was founded in 1838 as Brown's Schoolhouse in Randolph County, North Carolina (the city of Trinity today). Obtaining a charter from NC in 1851, a group of Methodists and Quakers (called the Union Institute Society) renamed the school the Union Institute Academy. After receiving financial support from the Methodist Church, they again changed its name to Trinity College in 1859. To further attract more students, the college moved to the urban setting of Durham, NC, in 1892. Trinity then met its most important benefactor in Washington Duke in 1897, whose first request was that the school "open its doors to women, placing them on an equal footing with men." Empowerly did everything for our daughter to study for her SAT's and get into her dream college at USC. Thank you!